At some point, the whirring would dissipate into the chugging and then to a screeching halt. The sound of rust and steel, perhaps the desperate sigh for relevance at the center of a breakdown. In its shadows, the far off rumbling of an engine steamrolling its way through the flickering lamps of the entire neighborhood, sometimes just barely, but always enough to be noticed or just enough to hold onto one more day of its significance. Through all of this static, it was the whooshing that kept us awake as the airplanes from the nearby international airport broke the clouds in triumph, perhaps to give us all hope that we too could rise and cry out our own relevancy someday.

Looking back I often credit my old neighborhood for being the birthplace of my authenticity, it was an incubator of self-discovery for anyone willing to listen. The neighborhood was laid between two tracks, literally three and a half blocks in between rusting steel and destination. I lived on block two, right in the middle of divergence. How does one decipher the right or wrong side of the tracks to which they belong to? They don’t, they learn the importance in not fitting in.

One is not expected to walk on both sides of choice, for what choice is that at all? Those of us cursed by not belonging learn to operate as an enigma of our own peace and are blessed by the freedom that indecisiveness is also a choice. When we do not fit in, we have ourselves and our truth, no one side can push its truth on us, it is our moral integrity rather than our moral popularity that we answer to. This is both, easy and difficult, it is natural, call it osmosis, to take on the characteristics of our societal engineering.

I can’t help but to think that the one to six year old me was listening to that sound of departure, the sound of breakdown, as the trains pushed for relevancy in an era that required freedom, wide-eyed awakened freedom that belonged to the skies, unbound by tracks of weighted steel. I must have heard the tired engines of freight trains warning that there is no importance in fitting in, everything comes and everything leaves, including the old neighborhood, now consisting of dust, dirt, rubble and rust. The memories and exodus followed by the whooshing sound of freedom above, perhaps giving us all the hope that still we may rise and cry out our own relevancy someday.

The importance of our social engineering, our upbringing, our living is how we choose to listen to it. We go the way of the train or the plane, we must listen to the authenticity of what is offered and hear the importance in not fitting in, that is the map to our truth, our relevance and what we discover to be our authentic self.

writer, creator, young spirit with an old soul, co-owner & designer of Wayward & Free and blogger behind Wayward Armie - inspiring authenticity in our daily lives and culture View all posts by Wayward Armie

6 thoughts on “The Importance In Not Fitting In”

This site uses Akismet to reduce spam. Learn how your comment data is processed. 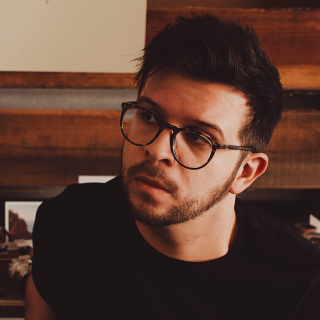 writer, creator, young spirit with an old soul, co-owner & designer of Wayward & Free and blogger behind Wayward Armie - inspiring authenticity in our daily lives and culture

A Place For Friends

This Months Most Read